The US Department of Transportation recently released Rails-with-Trails: Best Practices and Lessons Learned,  a follow-up to its 2002 rails with trails report.

The 2002 FHWA report was considered as a key resource for trail champions interested in developing rail-with-trail facilities.

Distribution of Rail-With-Trails Across the US 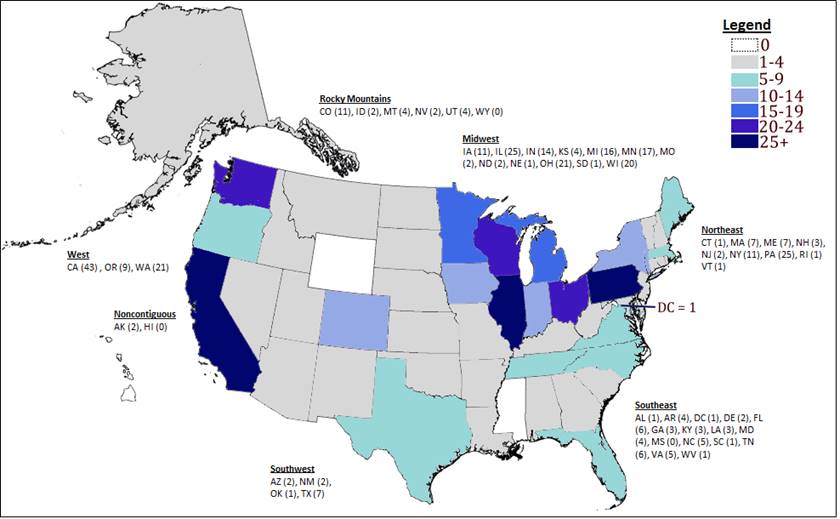 According to the new publication, there has been a significant growth of these facilities across the United States,

Some of the key findings of the report include:

Communities continue to look at active railroad corridors as safe, feasible corridors  to provide active transportation facilities for their citizens.